NEW YORK—A federal jury in Manhattan on Monday found Ahmad Khan Rahimi guilty on all counts in connection with planting two bombs in New York City in September 2016, including one that exploded and injured two dozen people.

The verdict followed less than a full day of deliberation—jurors received the case Friday afternoon and indicated before they left for the weekend that they were near consensus.

Mr. Rahimi was accused of planting three bombs in New York and New Jersey on Sept. 17, 2016. No one was hurt during an explosion along the New Jersey shore that morning, but more than two dozen were injured when a bomb went off at 8:30 p.m. on 23rd Street in Manhattan. Police defused another bomb discovered that night on 27th Street.

Mr. Rahimi, a naturalized U.S. citizen who lived in Elizabeth, N.J., faces a mandatory sentence of life in prison.

During closing arguments Friday, Mr. Rahimi’s lawyers defended their client on only three of eight counts he faced.

Defense attorney Sabrina Shroff said Mr. Rahimi should be found not guilty on charges related to leaving a pressure-cooker bomb on 27th Street. She told the jury that the prosecution hadn’t shown that the 29-year-old intended to detonate that bomb.

The trial began on Oct. 2. The prosecution called more than 50 witnesses and presented evidence that included DNA and fingerprints, records of purchases, dozens of videos, terrorist propaganda found on a laptop and a letter written by Mr. Rahimi, claiming responsibility for the attacks. Attorneys for Mr. Rahimi declined to mount a case for his defense.

“You can despise Mr. Rahimi for doing something so heinous as leaving a bomb on a public street,” Ms. Shroff said Friday. But the fact that the 27th Street device didn’t detonate shows that Mr. Rahimi didn’t intend to set it off, she argued. 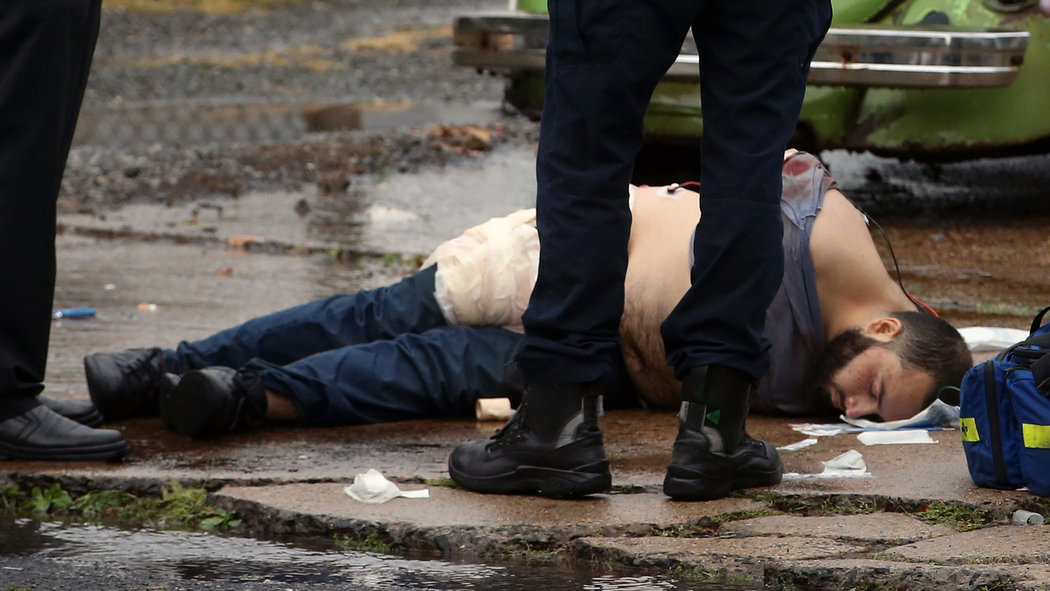 “Your common sense tells you that this is a man who knows how to detonate a bomb. If he wanted to, he would have done so,” she said.

In a rebuttal statement, federal prosecutor Andrew DeFilippis said her argument “does not pass the smell test.”

“If the defendant had his way, there would have been bodies on 27th Street,” he said.

Friday’s statements followed a summation Thursday afternoon by the prosecution in which a government attorney argued that overwhelming evidence pointed to Mr. Rahimi’s guilt.

“Now he’s trying to slither out of what he wanted to do on 27th Street,” Mr. DeFilippis said. “This was not cold feet … this was cold blood.”

UAE: Bangladeshi Muslim husband blindfolds his wife and then chops off her fingers to stop her studying for a degree