Odd and surprising that they didn’t block this ban as “Islamophobic,” but it is refreshing to see common sense prevail. The veil is a security issue: it makes it too easy to commit crimes. And anyway, why are Europeans and North Americans the only ones forbidden to try to protect their cultural identity?

Belgium’s ban on burqas and other full-face Islamic veils has been upheld by the European Court of Human Rights.

Judges said the nationwide prohibition, which came into effect in 2011, did not violate the rights to private and family life and freedom of religion, or discrimination laws.

The court found Belgium had the right to impose restrictions aiming to ensure the principles of “living together” and the “protection of the rights and freedoms of others”.

Its ruling said the government had been responding “to a practice that it considered to be incompatible, in Belgian society, with social communication and more generally the establishment of human relations, which were indispensable for life in society…essential to ensure the functioning of a democratic society”.

The European Court of Human Rights (ECHR) dismissed two separate cases – one appealing Belgium’s nationwide ban and another on a 2008 by-law adopted by three municipalities.

The first case was brought by two women – Samia Belcacemi and Yamina Oussar – who previously attempted to have the law suspended and annulled at the Constitutional Court in Brussels.

They both gave evidence on how the ban has affected their lives as Muslim women who choose to wear the niqab, which covers the face except for the eyes.

Ms Belcacemi said she initially continued to wear the veil in public but removed it over fear of being jailed or fined, while Ms Oussar said the law has forced her to stay at home.

The second case was brought by another Belgian woman, Fouzia Dakir, over a prohibition on full-face veils implemented in Pepinster, Dison and Verviers three years before the nationwide law.

She argued that the move infringed her right to wear the niqab guaranteed under the European Convention on Human Rights, with no “legitimate aim”.

The court found there had been no violation of her right to private life, freedom of religion or discrimination laws, but that Belgium had infringed her right of access to a court when the Conseil d’État ruled an initial application to annul the ban inadmissible. 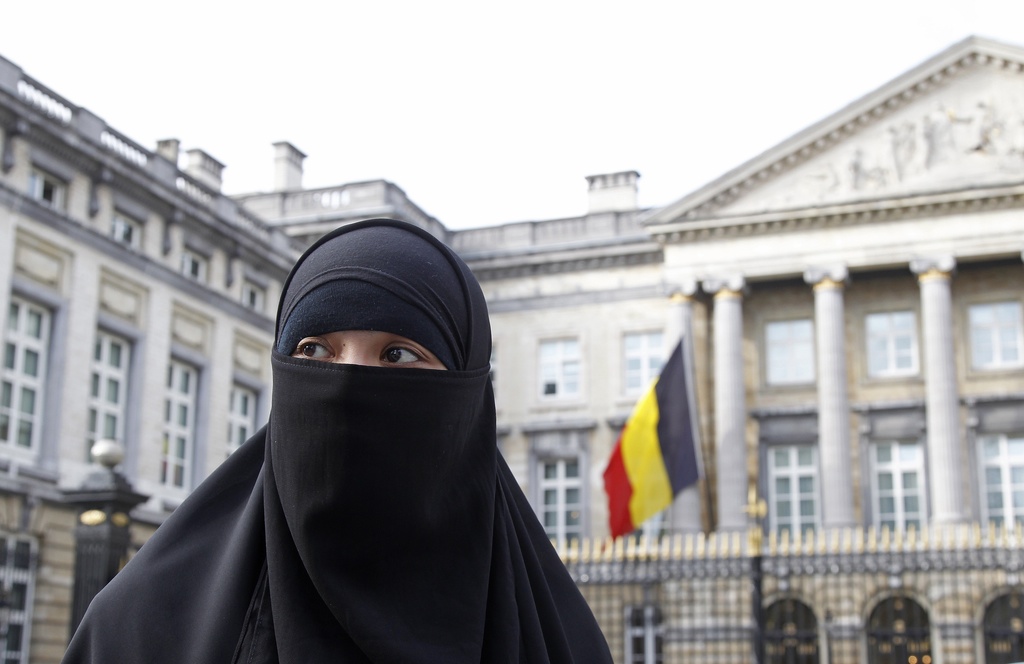 In a unanimous judgement, judges ordered the Belgian government to pay the Ms Dakir €800 (£700) in costs.

It was the latest test of laws brought in across Europe to ban the Islamic veil in public or while carrying out state functions.

In March, the European Court of Justice found that companies can legally ban Muslim employees from wearing headscarves, but only as part of prohibitions including other religious and political symbols.

But the Luxembourg-based court found that bans could constitute discrimination if people adhering to a specific religion, such as Muslims, are put at a particular disadvantage.

Several other cases are still underway across Europe, including an employment tribunal in the UK where a Muslim estate agent is suing her former employer after allegedly being told to remove her black headscarf because the garment had “terrorist affiliations”.

Islamic veils have become a flashpoint for European debates over integration, extremism and freedom of religion in recent years, with France the first to implement a nationwide burqa ban in April 2011.

Belgium and Bulgaria followed, with partial or regional prohibitions now in place in Italy, Spain, Denmark and Switzerland.

The German, Austrian and Dutch parliaments have voted in support of a partial ban on full-face Islamic veils, but no laws have yet come into force.

UN: Seven out of 10 migrants crossing to Europe are not refugees

Putin’s warning to Islamic terrorists: “I swear if they bomb Russia, in half an hour every islamist will die”