A Yazidi sex slave unwittingly ate her one-year-old son after ISIS fanatics cooked the child and served it with rice after starving her for three days, an Iraqi politician claims.

The starving woman had been kept captive in a cellar for days without food or water before she was tricked by her evil guards, according to MP Vian Dakhill.

ISIS regards Yazidis, who are neither Arab nor Muslim, as being devil-worshippers and have carried out terrible atrocities against the minority in Iraq, massacring thousands and taking women and children as sex slaves.

During a harrowing television interview, Dakhill told Egyptian TV channel Extra News: ‘One of the women whom we managed to retrieve from ISIS said that she was held in a cellar for three days without food or water.

‘Afterwards, they brought her a plate of rice and meat. She ate the food because she was very hungry.

‘When she was finished they said to her: “We cooked your one-year-old son that we took from you, and this is what you just ate”.’

The interviewer had to pause to wipe away tears as he took in the sickening details.

But Dakhill revealed yet more atrocities carried out by the extremist group, which is on the retreat in northern Iraq after a US-backed push by the country’s armed forces.

She revealed that one little girl, aged just ten, had been raped to death before her father and five sisters.

‘One of the girls said that they took six of her sisters,’ she said.

‘Her younger sister, a ten-year-old girl, was raped to death in front of her father and sisters. She was ten-years-old.

‘The question that we ask yourselves is: “Why? Why did these savages do this to us?”.’

When ISIS swept across northern Iraq almost three years ago, it carried out massacres against the minority which the United Nations said qualified as genocide.

Most of the several hundred thousand members of the minority live in northern Iraq, mainly around Sinjar, a large town which anti-ISIS forces have now retaken but was largely destroyed.

In 2014, ISIS jihadists captured Yazidi women and turned them into sex slaves to be sold and exchanged across their self-proclaimed ‘caliphate’.

Around 3,000 of them are believed to remain in captivity. A number of mass Yazidi graves were uncovered in 2015.

We have seen the similar barbarism in Indian Sikh History where 300 infants were killed and garland made of their body parts were put around mother’s necks for refusing to convert to islam. 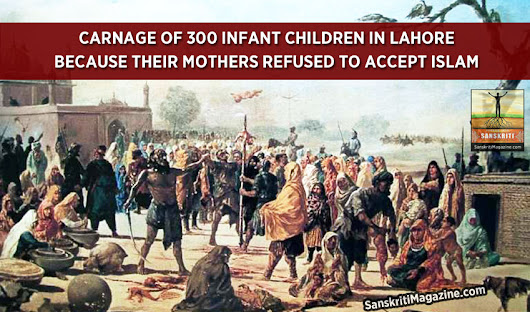 Belgium: Kind Priest let a MUSLIM REFUGEE enter his home to use shower, was stabbed and robbed

Kerala man texts family: “Yes, I am a terrorist”